Set in 1945, Bandstand tells the story of musician Donny Novitski who is about to take on the mission of his life: leading his band of fellow veterans into competition for America’s next swing band sensation. However, complicated relationships, the demands of the competition and the challenging after-effects of war may break these musicians. The original score is strongly influenced by authentic 1940s swing music, much of which is played onstage by the characters and band members. When Donny meets a beautiful, young singer named Julia, he finds the perfect harmony in words and music that could take this band of brothers all the way to the live radio broadcast finale in New York City. But to succeed, it will require every ounce of talent, stamina and raw nerve that these musicians possess.

Visit the website for more information about cast, creative and tickets 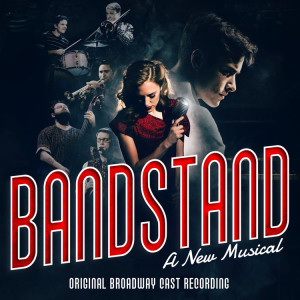