Woody Allen’s 1994 film comedy Bullets Over Broadway, about an aspiring playwright who gets a shot at the big time when a wealthy gangster takes a sudden interest in producing, officially opens on Broadway April 10 at the St. James Theatre. Zach Braff and Marin Mazzie star as playwright David Shayne and stage diva Helen Sinclair.

Five-time Tony Award winner Susan Stroman (The Scottsboro Boys, The Producers, Contact) directs and choreographs the musical that has been adapted by Allen from his Academy Award-nominated film, which he co-wrote with Douglas McGrath. It began Broadway previews March 11. 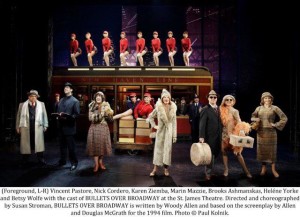 Veteran musical supervisor Glen Kelly (The Producers, The Nance, Young Frankenstein) has adapted and penned additional lyrics for the pre-existing songs from the 1920s and 30s, which are used for the score. The score includes such songs as “Tain’t Nobody’s Bus’ness,” “Running Wild,” “Let’s Misbehave,” “I Found A New Baby” and more. 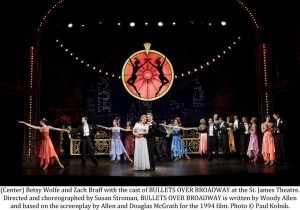 “Bullets Over Broadway” centers on an 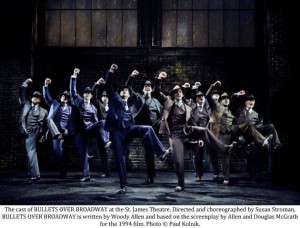 aspiring playwright who finds out that his play God of Our Fathers is getting the Broadway treatment thanks to a wealthy gangster who has taken a sudden interest in producing. The only snag is that his dimwitted moll has to star in one of the leading roles. Thrown into the mix are a mafia thug with a real knack for playwrighting and a theatrical grand dame who gives Norma Desmond a run for her money. 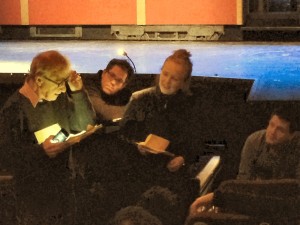