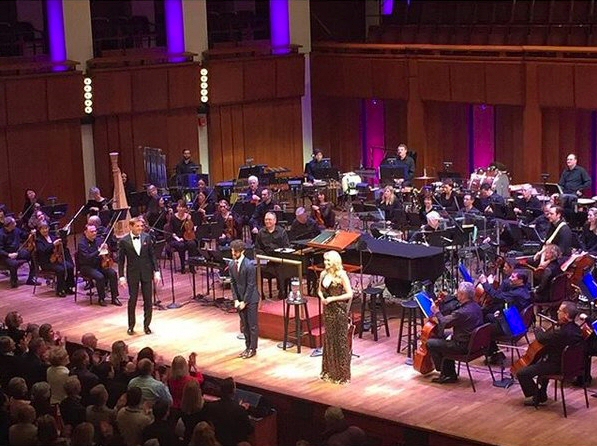 Two of Broadway’s brightest new voices join the NSO Pops for one weekend only!

Known for his title role in the Tony-winning Best Musical Hedwig and the Angry Inch as well as his breakout role as Blaine Anderson on Fox’s Emmy- and Golden Globe Award-winning series Glee, actor, musician and Emmy-nominated composer Darren Criss is “mesmerizing” (The New York Times). Joining him is Betsy Wolfe, “a bright, strong soprano with a keen belt” (The New York Times) who recently turned heads in The Last Five Years, Bullets Over Broadway, and The Mystery of Edwin Drood.

Together with the NSO Pops, the dramatic duo serves up a hit parade of contemporary musical theater tunes, including fresh favorites from The Book of Mormon, Honeymoon in Vegas, Frozen, The Last Five Years, and The Bridges of Madison County along with songs from modern classics Cabaret, Company, Little Shop of Horrors, Nine, and much more.