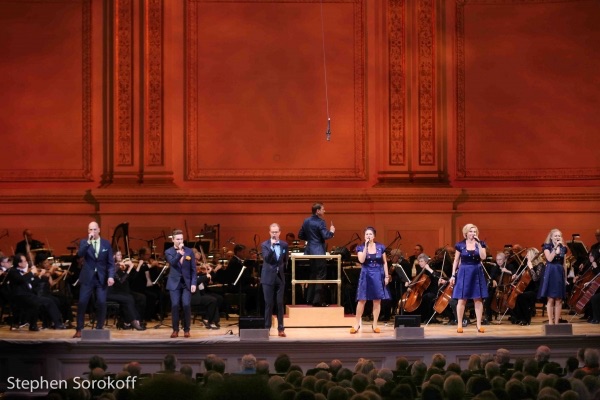 The New York Pops with Rajaton

It may well be true that, as John Lennon and Paul McCartney wrote over 40 years ago, all you need is love, but it doesn’t hurt to have six amazingly talented Finnish singers and dozens of America’s finest musicians to showcase the brilliance of the biggest rock n’ roll band in history.

If you don’t believe me, it just means you weren’t at Carnegie Hall on Friday, October 24 for “All You Need Is Love: The Music of the Beatles,” the opening concert of the New York Pops 50th anniversary season. Naturally, this first-class orchestra sounded as great as always under the direction of conductor Steven Reineke – especially in its opening medley of five tunes performed by the Fab Four on their landmark 1964 appearance on “The Ed Sullivan Show.” But it was the Finnish sextet Rajaton, who are known worldwide for their thrilling a cappella sound — as well as their intriguing collaborations with symphony orchestras — who were the evening’s main attraction. 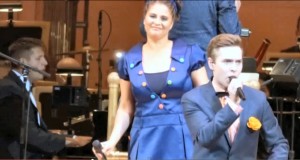 Following that stirring medley, the show’s first act was devoted solely to a cover-to-cover salute to the Beatles’ “Sgt. Pepper’s Lonely Club Hearts Band” album. For this 45-minute set, the emphasis was smartly on the group’s ability to create gorgeous harmonies, most notably on such classic tunes as “She’s Leaving Home” and “Lucy in the Sky With Diamonds.” At times, however, their peppy pop sound (which makes Rajaton the perfect interpreter of ABBA) didn’t do full justice to the rougher edges of some of the Beatles’ songs, including the ultra-tricky “A Day in the Life.”

However, any misgivings vanished in the sublime second act, which was a superbly curated collection of over a dozen of the group’s #1 hits — and which allowed each of the group’s members to take turns in the spotlight. Among the highlights: the handsome, strong-voiced tenor Jukka Nyland sang lead on a stunning version of “Come Together;” the striking soprano Essi Wourela practically brought the crowd to tears with a gorgeous rendition of “The Long and Winding Road” – and bass Jussi Chydenius had great fun on the ever-infectious “Penny Lane.”

The group also got to show off their a cappella brilliance – reminiscent of the Manhattan Transfer – on “Lady Madonna” and an encore of “Eleanor Rigby.” (No disrespect to the Pops, I could have listened to Rajaton without the orchestra most of the night.) Still, there were many times when those glorious strings added that something extra, such as in the heart-wrenching finale “Let It Be.”